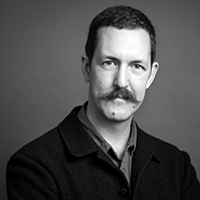 Life was simpler in the old days. Industries knew themselves, people stuck to their lanes, and the capital-p Professions were both respected and, to a degree, feared. Things were clear cut: banks were banks, merchants were merchants, both were protected by the secret knowledge of the guild or brotherhood, and the automatic and mechanised was limited to the watchmaker’s workbench.

Writing this, as I am, from a Florentine cafe table, opposite the Renaissance palace of the Medici, it’s easy to wistfully dream of times like that. Even being one the first of the international financiers, it was simpler times for them. Their main innovation was double-entry book-keeping, a big deal, yes, but that had been decades ago.

But wait, let’s back up. As much as I enjoy medieval cities, and Florence is the best of them, sitting here is not my real work. I’m a futurist. This means I help organisations, and some individuals, think more clearly about the future. Back in the time of Cosimo Medici, that would have been an easy job, more reliant on politics than any form of craft or science. Considering that the big banking families of Italy basically were the politicians of the day, Cosimo would have had that down himself. I’d be left to tend to the gelato.

Today, though, it’s a different story. Innovation in banking, as in every other sector, is driven by a relentless process outside of its control. And it’s one that is changing both the underlying technology that enables the sector, and also the culture and social expectations of its customers. That process has many names, but the most important one is Moore’s Law: the shorthand for the phenomenon of the computing power available for a given price doubling every year or so.

I’m not going to go into the tech of that. Between the time I write this and the time you read it, the examples I would give would have changed. But instead, as I write this in preparation for my talk at the Mobey Forum event in Toronto in May, I’d like you to consider the social implications of an exponential growth in technological capability. Because while the underlying systems that form the basis of banking are getting more powerful – and bringing in Artificial Intelligence, data lakes, blockchain wranglers, quasi-sentient ledger bots, algo-poisoning, brain-connected trading desks, and all the rest – the more interesting changes are happening in the minds of the customer.

At least two generations of customers have had their expectations of not only customer service, but also any form of number handling, transformed by the digital revolution. Our expectations of what systems can do, what analysis is possible, what speed improvements can be rolled out, what connections can be made, who can do this work, for how much, and with what added value, have changed for every industry, but especially for financial services.

Yet many banks today act as if the rest of the world hasn’t changed at all, that the services they provide don’t need to evolve, and even if they did it’s only their special guild that can apply those changes. Every single one of those points is profoundly wrong, and self-evidently so if you examine your own expectations of any other industry that has been touched by the web.

So while I’m ordering some gelato in honour of my fictional past self, and in advance of the May talk in Toronto, I invite you to consider a question: Which customer interactions do you now expect of any other digitally-enabled industry that are considered too avant garde for the financial sector? That is the real question for the future. I’ll have some answers for you in May.

Ben Hammersley is one of the most thought-provoking futurists of our time and has been addressing audiences around the globe for over 10 years. He brings a practical, proactive approach to future technologies—inspiring audiences to be PRESENT now to be PREPARED for the future. More about Ben on his LinkedIn