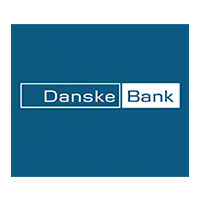 MobilePay reached a milestone this week. In three years, the solution has been downloaded to three million phones in Denmark. It is now found on nine out of ten smartphones.
Thirty-six months after the launch of MobilePay, Danes have adopted the payment app so widely that it has become a common standard for almost all mobile phones. This week, the number of registered users exceeded three million. On average, there are 1,500 new users per day, and week after week, the app ranks in top three in the App Store.
MobilePay continues to break its own records. On 30 April, there were 738,000 transactions on a single day, and the highest turnover on a single day is now DKK 257 million. The number of transfers in April also set a new record at 13.6 million, while the turnover reached DKK 3.5 billion. On average, some DKK 73,000 is transferred per minute around the clock.
Read the full news article here>>
Category: Member NewsMay 19, 2016